The quarry industry provides a varied and worthwhile career path.

Quarrying faces a real challenge to replace an ageing workforce in a competitive environment for labour. If you want to make a start on increasing your workforce’s capacity, a great starting point is tapping into the Government’s $5b investment in vocational education. This includes free trade training until the end of next year and is already attracting record numbers of enrolments. There is also a widening number of training options including online and on-the-job models.

The Government accepts new trainees can bring costs until they get up to speed. As a quarry industry employer taking on an apprentice you can receive up to $16,000 for their first year and up to $8,000 for their second year.

Details at www.connected.govt.nz, talk to your local Ministry of Social Development office or call Wayne Scott 021 944 336. 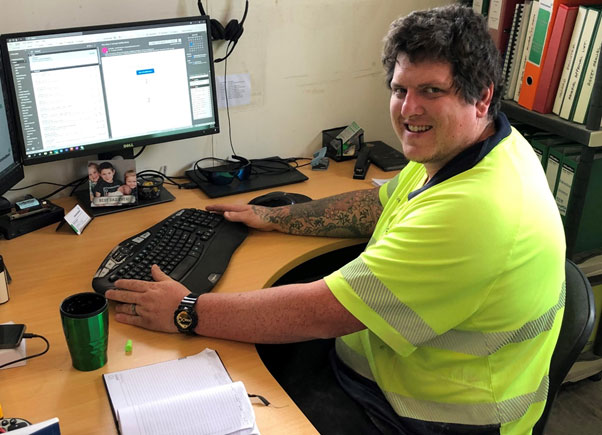 Andrew Schroeder is a convert to online learning, so is ACT Safety which started doing online courses during last year’s Covid lockdown and says it’s proving to be a fantastic tool for their business as well as trainees.

After several years working for Ravensdown, Te Kuiti-based Andrew (28) is one of a group of 14 who in February started doing their B-Grade Certificate of Competency in a virtual classroom run by ACT Safety. The group is drawn from a range of extractives and other sectors including from NZ Steel and Hatuma Lime, as well as some quarries and tunnel projects.

Andrew had a Level 2 basic qualification so met one of the B-Grade criteria – industry experience – but he was nervous about doing his training outside of a classroom.

“I was freaking out a bit. I’ve never been too keen on the online stuff.”

He’s now a convert, helped by ACT Safety’s presenter John Preston, who draws on his own vast industry experience in extractives, to cater for the varying levels of skills around Zoom.

“The ability to help everyone at once is amazing,” says Andrew.

Andrew says like all block courses, this first required some pre-work, then he and his group had two days back-to-back online to work through two separate unit standards on water control and management before then being tested. Andrew passed both.

As well as the training working well, Andrew loves the fact he doesn’t need to travel. He’s using a spare office at Supreme Lime to do his online courses, rather than at home or at his current worksite, Te Pahu, a lime processing facility he manages near Hamilton.

He acknowledges he’s had strong support from Ravensdown, starting with his then manager at the Supreme lime plant in Te Kuiti (Brian Roche) who hired him even after Andrew told him he eventually wanted his job.

“I’ve definitely been tested and tried a few times and made to work for it. Help is always just a phone call away.”

Ravensdown had also offered to pay for the training when it was first suggested; however, all trade training is now free under the Government’s package of measures designed to combat Covid-19’s impacts.

“It worked really well. It’s a fantastic tool and we’ve kept on doing it.’’

Online courses are now running for; A-Grade CoC and B-Grade Tunnel CoC, as well as the current course Andrew is completing, with another B-Grade CoC starting in May. In total, ACT Safety has been engaged in training 779 people since the first Covid lockdown, of whom 737 have already completed their full A-Grade or B-Grade courses.

“It’s bringing in a younger generation,’’ says Irene. “It also helps us as a small company because we save on the travel time and costs.” 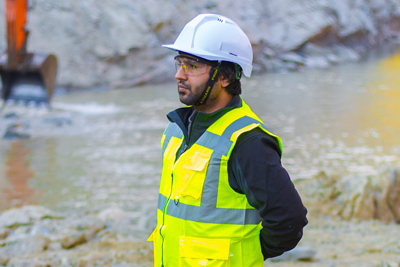 MITO is the industry training body. You can find details on MITO’s website about how to get the right training
to get into the industry and about Certificates of Competence training.

To find out more about Industry training, head to MITO.

Members are able to see more on technical in the members only section.