The Rock our Future competition was run by the national Aggregate and Quarry Association (AQA) to mark their 50th anniversary. Schools were invited to have pupils design a quarry which could crush and load ten truckloads of aggregate an hour.

Two groups of boys from Fitzroy School in New Plymouth have taken out the prizes for a national competition to design a quarry which could only run on renewable energy.

The Rock our Future competition was run by the national Aggregate and Quarry Association (AQA) to mark their 50th anniversary. Schools were invited to have pupils design a quarry which could crush and load ten truckloads of aggregate an hour.

Wayne Scott says the entries from the Little Eggs Inc group and Storm Industries were the stand outs in the competition.

“They needed to generate 20,000kw hours per day of power to run a quarry. Both proposed using solar, wind and water turbine power.

“The Little Eggs Inc group also researched the use of geothermal and tidal power but discounted these as impractical. Storm Industries proposed connecting the quarry to a gymnasium to recharge batteries off pedal power – which we thought was a good piece of enthusiastic innovation.”

The two groups win $1000 each for their school. Members of each group also received a small cash prize and an earthmoving machinery model.

Wayne Scott says the Fitzroy School pupils did face some challenges in winning the Rock our Future competition and their success reflected their own determination and the support of their parents and teachers.

“We are looking at the running the Rock our Future competition again next year. We might ask students to turn a disused quarry and environs into a public asset such as we see with the York Road Loop Track on Mt Taranaki, Auckland’s Mt Smart Stadium or the Halswell Quarry Park in Christchurch.”

Fitzroy School teacher Nina Lobb says she knew little about quarrying until she saw details about the Rock our Future project.

“Overall it has been a great learning experience. Building the quarry from Lego proved most enjoyable for one team. You would walk past and hear the loud, excited voices from the boys of possible solutions and decisions being made. They loved it.

“We were so grateful for Vickers Quarry, who shut-down work for the day to host our visit with 90 students and educate them on how their operation works. The time spent with them was invaluable. A big thank you also to parent Mark Ford who gave up his time to work with the students each week,” says Nina Lobb. 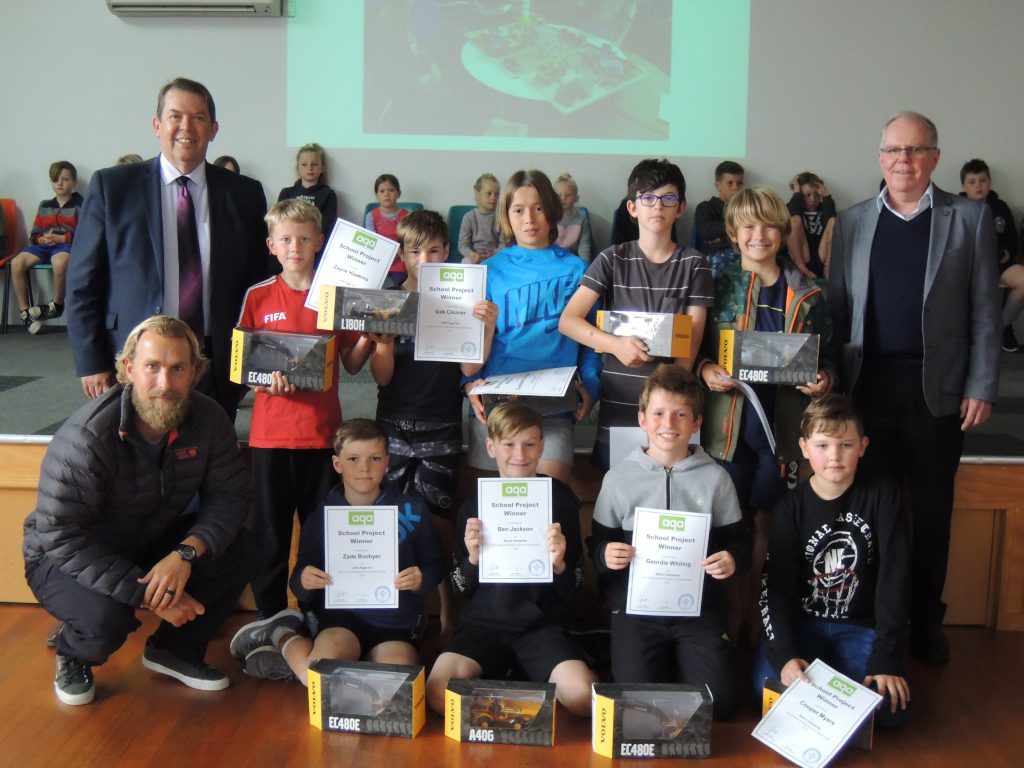 Children from an urban Auckland school and a rural Otago school are the winners of the Rock our Future competition for 2022. Twelve finalists were selected from over 100 entries, and delegates at the July QuarryNZ conference in New Plymouth voted, resulting in winners...